About a year and a half ago, Ezekiel started watching the movie Coraline….a lot. He came up to me one day and said: “Mom. I weeewy weeeeey want Coraline hair.” I was laughing because here is this boy, white-blonde hue, short undercut standing in front of me asking for a blue/black A-line bob.

But my answer was “Oh man, that is a great idea, but that is going to take a loooooong time!” He replied with: “That’s okay, mom. My hair will grow faaaast faaast faaaast!”

And oddly enough, it did. Weeewy fast.

I checked in with him every so often, asking if he wanted a haircut, always to be met with: “No Sanks, mom. It’s not like Coraline yet.”

Well folks, he waited so long and today was the day it was long enough. I cannot tell you enough how much I admire his passion, his not give a fuckness, his patience and his new do’. 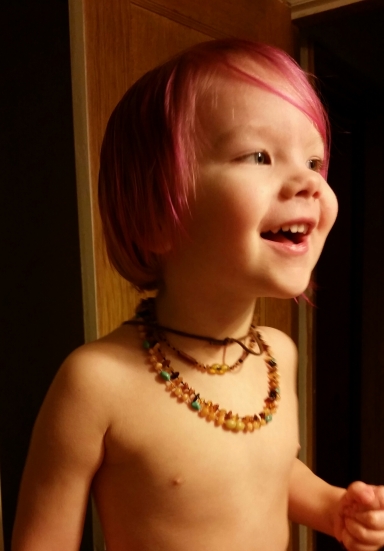